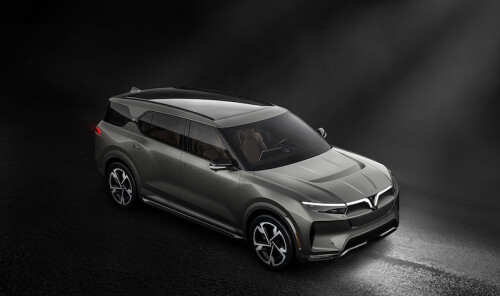 VinFast VF33 - The SUV model in segment E is expected to reach US consumers in Q2/2022.

As is customed in the U.S., before being commercialized in the U.S. market, electric vehicles with autonomous technology features are required to carry out procedures and be issued an Autonomous Test Vehicle Permit (ATVP) by the California Vehicle Administration. VinFast -- a Vietnamese company is the 57th licensed company. On the list, there are also many leading automobile and technology company such as Apple, Tesla, BMW, Volkswagen ...

As a hub of modern technology, California is chosen to conduct testing of EV models. In addition, California has Silicon Valley, one of the wealthiest places in the world, known as a global center of technological innovation.

With the establishment of R&D Institute in the US and licensed to test vehicles here, VinFast has made a step to realize the strategy of bringing Vietnamese-branded smart electric cars to this most difficult market.

In particular, 2 models of VF32 and VF33 electric versions will be sold in the US, Canada and Europe markets from 2022. The launch of high-tech electric vehicles, including electric scooters, electric buses and personal electric cars, is part of VinFast's pre-defined roadmap since entering the automotive market 3 years ago.